Matthew Axelrod, the Assistant Secretary of Commerce for Export Enforcement with the Department of Commerce, recently made two important statements on how the Department will enforce trade controls and address violations. These statements – one at the National Association of College and University Attorneys (NACUA) 2022 Annual Conference – and the second at the 2022 BIS Update Conference on Export Controls and Policy (BIS Update)  – messaged the Department’s updated approach to supporting organizations such as universities in complying with trade controls, but also how the Bureau of Industry and Security (BIS) will handle violations going forward.

These announcements merit close review by university and corporate general counsel, chief compliance officers, and global trade leaders, and assessment of how the new policies and enforcement stance impact both the structure of existing compliance programs as well as the approach to potential violations.

Prevention: In both his NACUA and BIS Update remarks, Assistant Secretary Axelrod emphasized the importance of compliance programs to prevent and detect violations and outlined both the expectations of BIS but also the ways BIS will assist both companies and universities in the creation and improvement of effective compliance programs.

At the BIS Update, Assistant Secretary Axelrod noted that BIS had recently taken several actions to assist companies in preventing and detecting violations.

At the earlier NACUA speech, he also announced an “Academic Outreach Initiative” to assist universities in complying with U.S. trade controls. This initiative will consist of four elements, of all which are designed to provide BIS expertise to university compliance leaders:

He encouraged universities to develop an EMCP and indicated that the Office of Exporter Services is available to assist in the creation and implementation of tailored EMCPs. Importantly, he noted some of the core elements of an effective EMCP for research universities. These include: 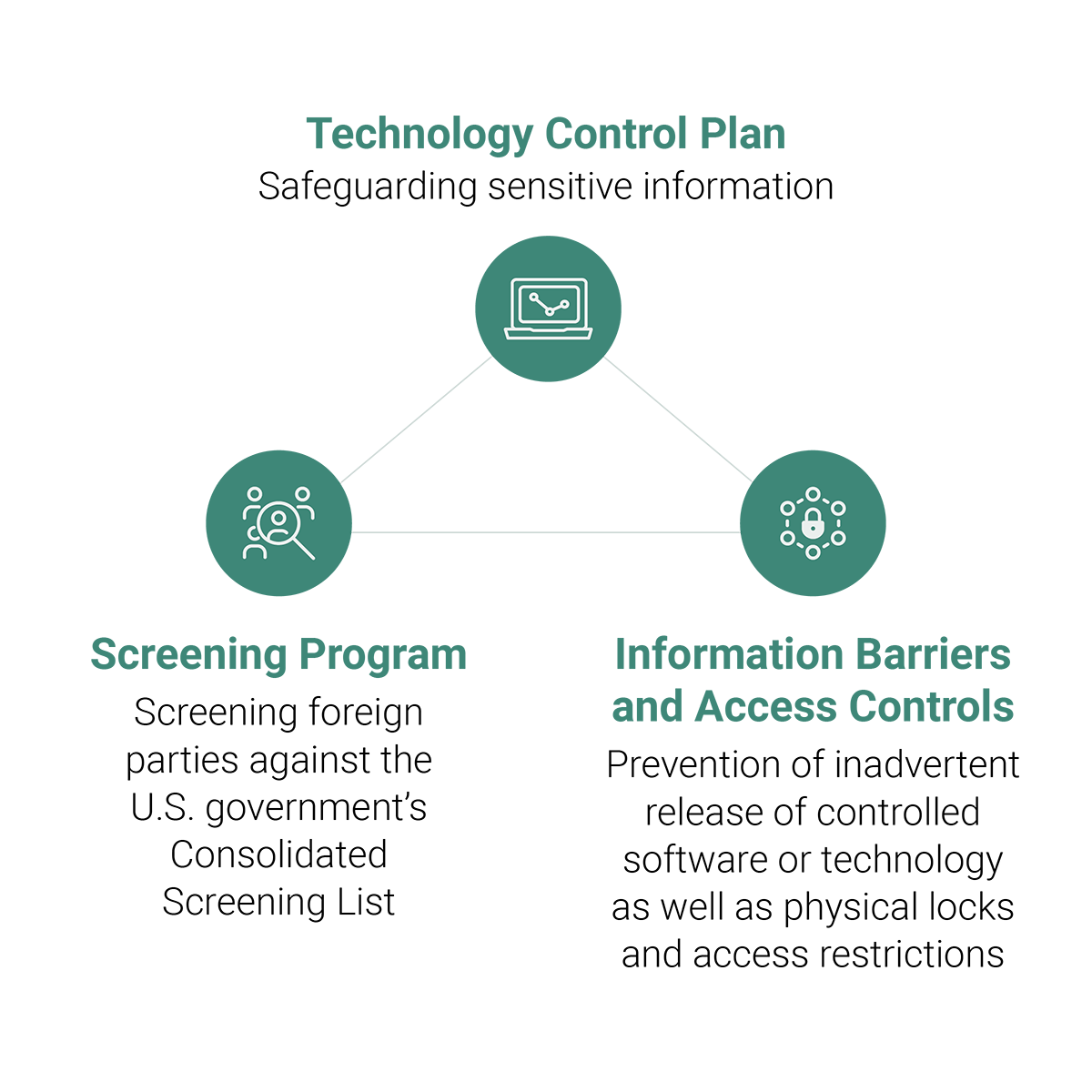 Noting the distinction between fundamental research and proprietary research (considered confidential from a business or national security perspective), he also encouraged research universities to build a “sophisticated understanding of the EAR” and understanding of how its rules apply to professors, students, staff, and visitors. Additionally, he warned research universities, frequently at the forefront of emerging technology, to be aware of how authoritarian regimes use emerging technologies such as artificial intelligence, to monitor, track, and surveil dissidents.

Enforcement:  Assistant Secretary Axelrod also made several important announcements on enforcement at the BIS Update. He first noted that commencing on June 2, the Office of Export Enforcement will make charging letters public when filed with an Administrative Law Judge, rather than upon resolution.  While pre-charging letters may still be used to facilitate conversations and negotiations, BIS wants to provide early notice to the broader public to create awareness of what violations have occurred and incentivize timely upgrades to compliance programs and submissions of voluntary disclosures. In addition, he announced four additional enforcement changes, all of which seek to focus enforcement resources on the most serious violations:

In both speeches, the Assistant Secretary emphasized the heightened focus on both Russia and China. At the BIS Update, he described the range of recent enforcement actions taken, including the June 7, 2022 Temporary Denial Order against three companies that contracted with U.S. companies to 3-D print items for sensitive prototype space and defense technologies, and then sent the blueprints and drawings received to China without the license for 3-D printing and return to the U.S.